Legends At Their Game

Dr Craig Challen and Dr Richard Harris became international heroes in 2018 after they, along with a team of specialists, successfully rescued 12 children and their soccer coach from a flooded cave in Thailand.

On Friday the 15th of March people from the Darling Downs region had the opportunity to attend the Toowoomba Hospital Foundation’s, ‘Tilly’s Legends at their Game Luncheon’ to hear these gentlemen speak and share their experiences. The luncheon was carefully put together by the Toowoomba Hospital Foundation in order to raise some much-needed funds to support mental health in rural communities and Darling Downs Health. Taylor’s Removals and many other local businesses and individuals sponsored the event and the entire Taylor’s team had the pleasure of attending.

These accidental heroes won Australian of the Year following their actions in 2018. The story they told was awe-inspiring and brought about an opportunity for our attendees to learn from their courage and innovative thinking in a time of such peril. What’s more, the men spoke with humility and honesty, neither were prepared for the onslaught of media attention after their rescue. They didn’t even think about it, nor did they want it. It wasn’t until they won Australian of the Year in 2019, they realized avoiding the media would be impossible and they have since devoted their time to helping others where they can.

While the rescue did not pose a severe threat to the two divers, the risk to the young boys was ever-present and extremely frightening. There were a number of variables and potential mishaps which would have resulted in devastation had everything not run according to plan. They men said that it was an amazing opportunity to use their diving skills and medical experience to really make a difference and offer their assistance.

Honest and true legends among us. 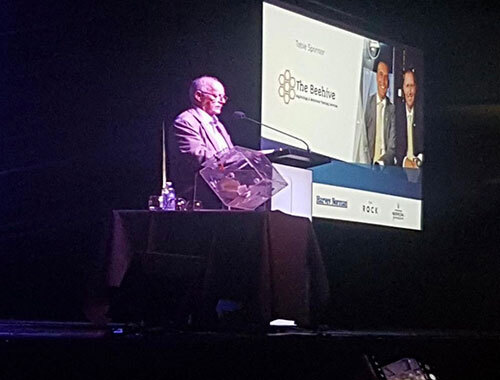